The bathrooms in this Auckland home are a contrast of dark and light.  The rooms dictated their looks says interior designer Nicola Manning of NM Design – the master ensuite was already a light and bright room and the downstairs powder room/laundry was quite dark, so she worked with that instead of against it.  “I really wanted to build on that and make it even darker but then use lighting, textures and colours to layer it with luxurious finishes.  It sets a really nice scene.”

Yet Nicola has created a sense of cohesion between the distinctive rooms. “The tapware and the bowls were consistent between the rooms and I just changed the colours. That gave each bathroom and individual look but did link them.” 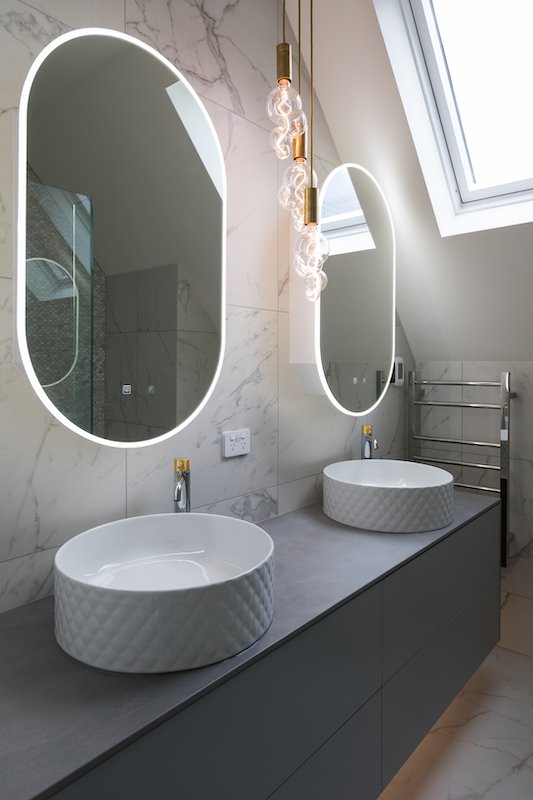 The client brief was only that the bathrooms be luxurious and glamorous. “That’s why I added the gold. It was all about texture and different finishes, gloss versus matt.”

The mirrors in the ensuite were designed by Nicola and conceal cabinet storage with power outlets. A touchpoint on the mirrors changes the LED light from white to warm and also includes a de-mister pad.

Nicola used both chrome and gold in the ensuite. “The ceiling rain shower has lights so as soon as the water starts coming out the LED’s turn on, which is really nice. Those were chrome and they didn’t come in any other finishes so that’s why I used a combination on the tapware of the gold and the chrome and then brought in the gold pendant light.”

Luxury finishes such as marble and gold and a focus on eye catching features will create a bathroom sanctuary. 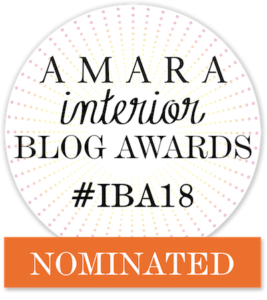